on March 31, 2014
I love animals, which is why I went vegan in 2012. Initially I went vegetarian in 2008, and pescaterian in... '94? Somewhere around there. I want to meet all the animals, including the scary ones. Maybe not right up close, face to face while I'm wearing honey or something that a grizzly bear would find appealing, but I'd still love to meet every animal possible in some situation that's safe for us both. At a really well-run animal sanctuary for instance.

There's a a "wildlife trek" place out here in WA that my cousin and I visited a few years ago. Overall, the place actually made me sad because many of the habitats were grossly under-sized and looked poorly kept for the animals inside, though the one giant, open area with grazing animals was pretty neat. I got to pet a buffalo! I don't think it knew I was petting it. Us tiny humans were rolling through this massive prairie-type area and the bison were just chilling in the road, being the size of VW bugs, as you do. Finally, after some honking, the driver coerced the bison into moving out of the road, though not very far. We drove by and I reached out and ran my hand over the bison's stinky back just to see what it felt like. It was pretty awesome.

This weekend, I visited Pasado's Safe Haven, an animal sanctuary in Monroe, WA. It has lots of animals from domestic cats and dogs to farm animals like goats and chickens and cows. I've always wanted to meet a cow. I've seen plenty from afar in cramped and gross conditions grazing on poop-colored grass in Tracy, CA near where I grew up, but I've never seen any up close. Saturday, I got to check one item off my bucket list!

For a donation of $25/person, Pasado's runs tours a few times a year, taking you through their grounds and letting you meet and treat various rescue animals, many of them taken from factory farm situations, and learn about their history and their personalities. It was raining nearly the entire time I was on the tour, but it was so worth it.

We met some pigs, who were all snorty and delightful. 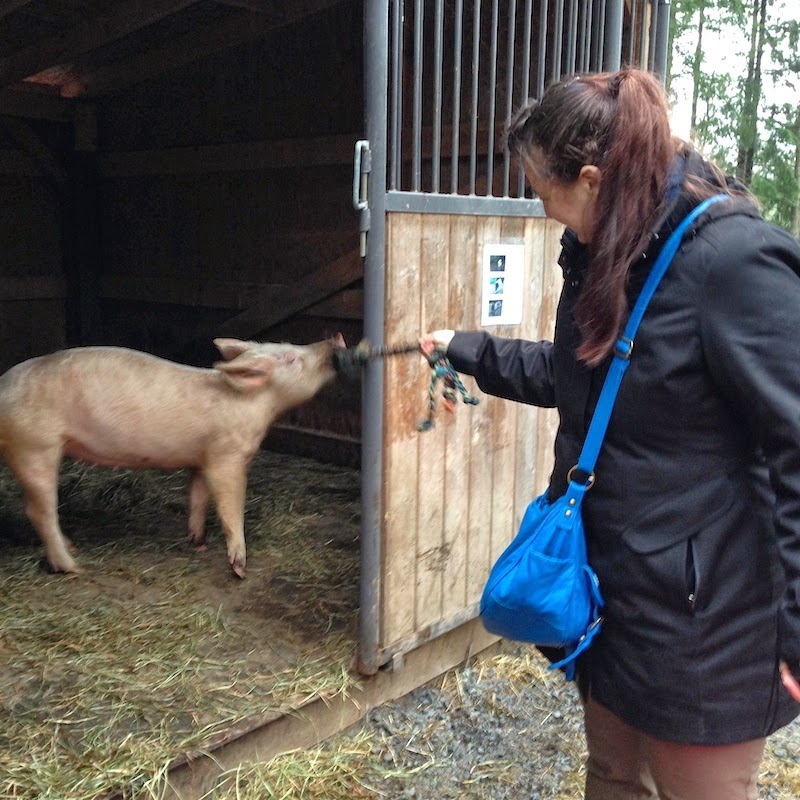 One of them even enticed me into a game of tug-of-war. 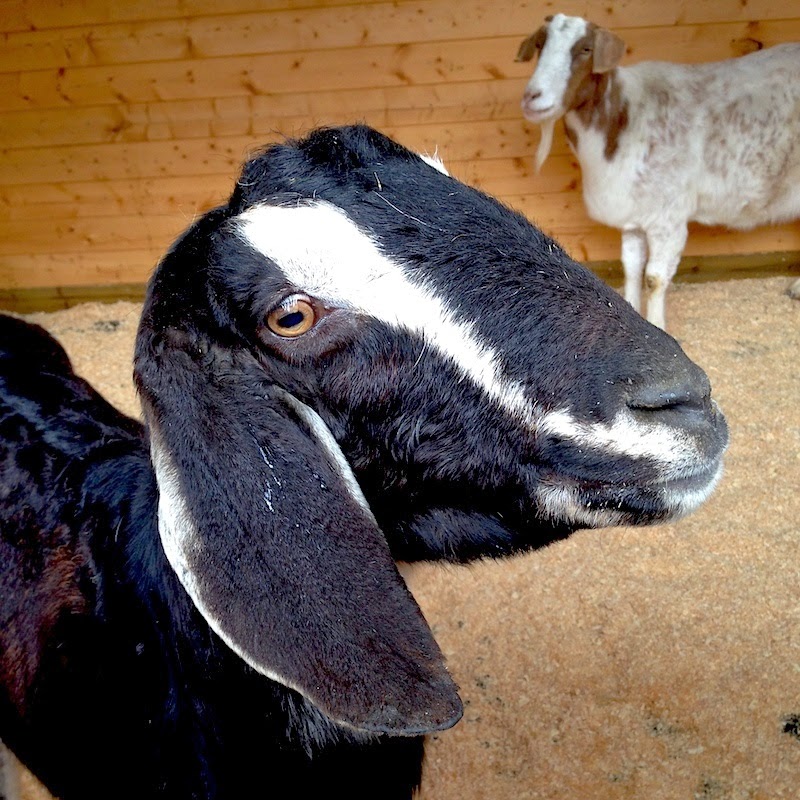 There were goats, with their googly-eyes and floppy ears. 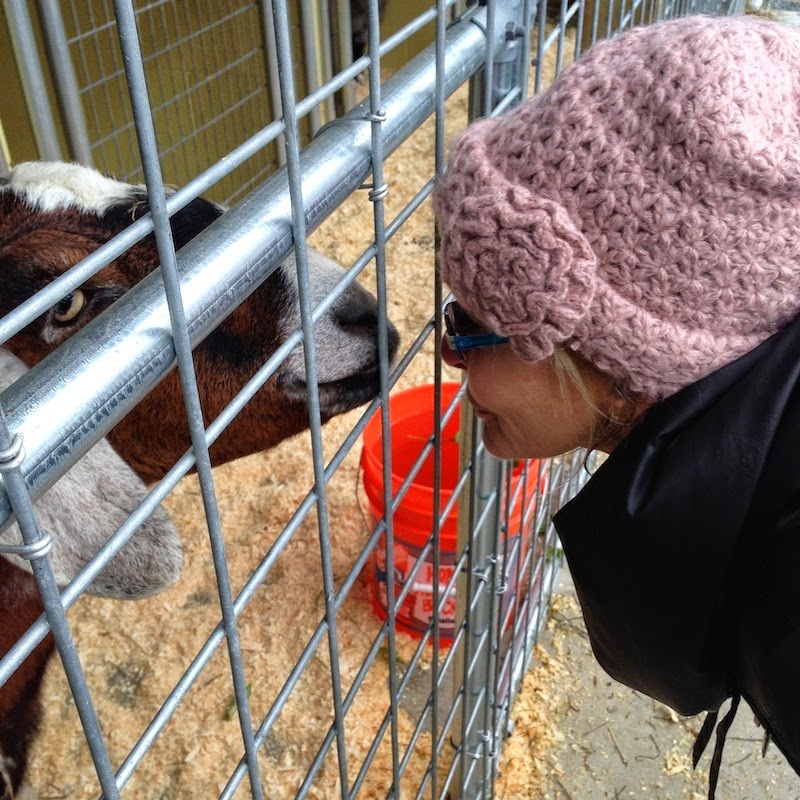 Secrets were shared with some of the other tour participants. 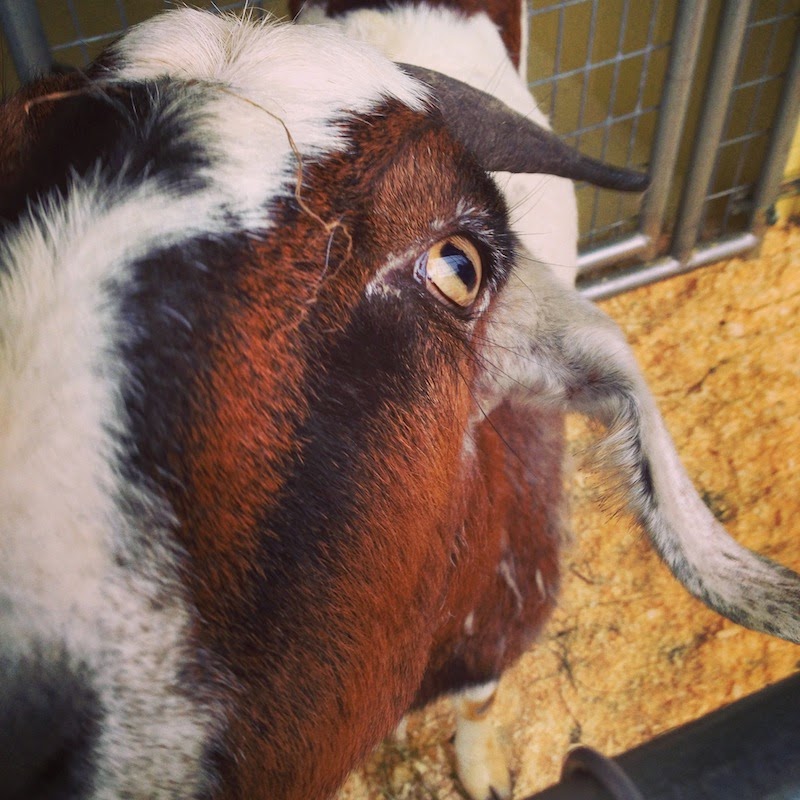 This one had a secret for me, but I don't speak goat, sadly. 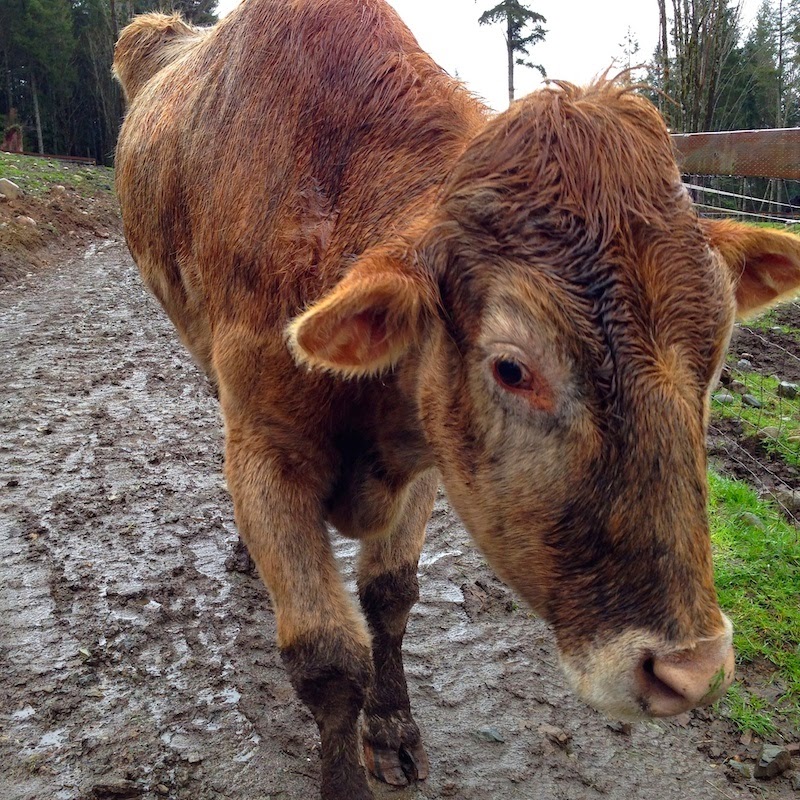 We met cows! COWS! This was Norman. He was really shy, but he hung around to say hi, anyway. 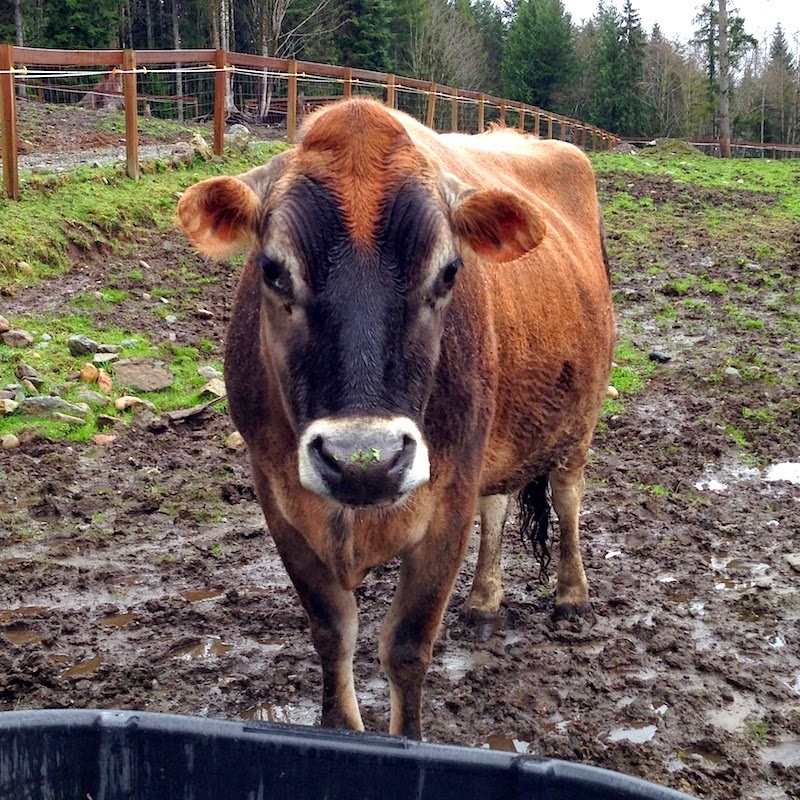 I don't remember this beauty's name, but she said hi, too. 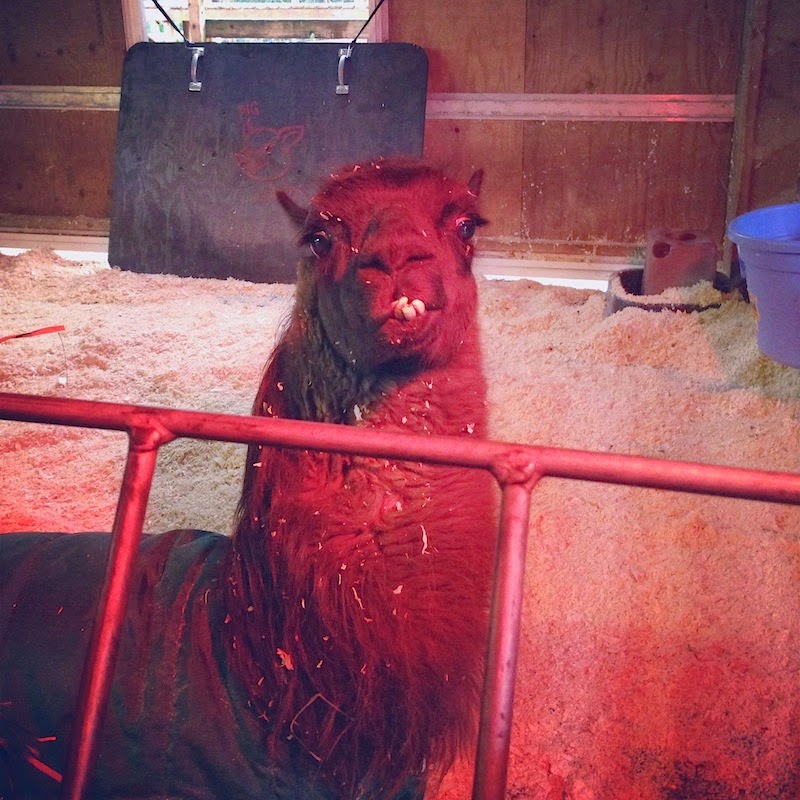 The llamas might have been my second favorite after the cows. I mean, look at this stunning face. 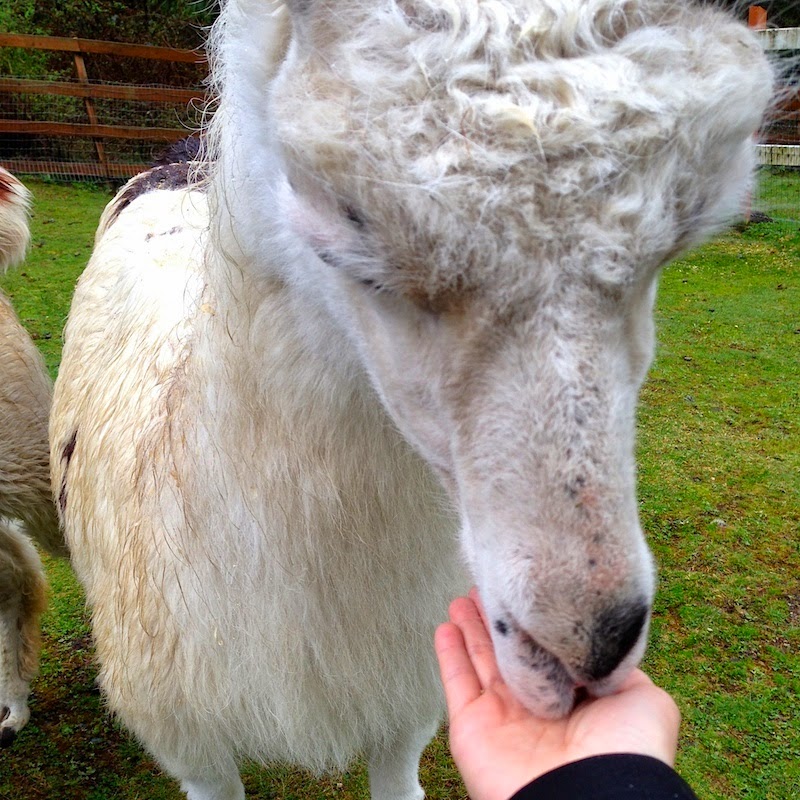 Miracle had to be enticed into sharing her hair-do secrets. 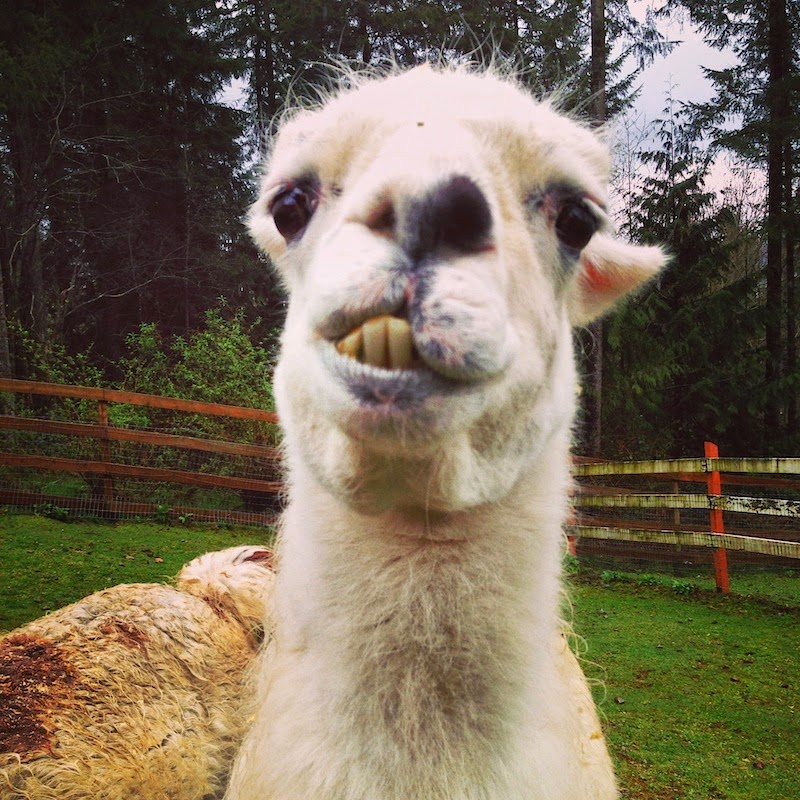 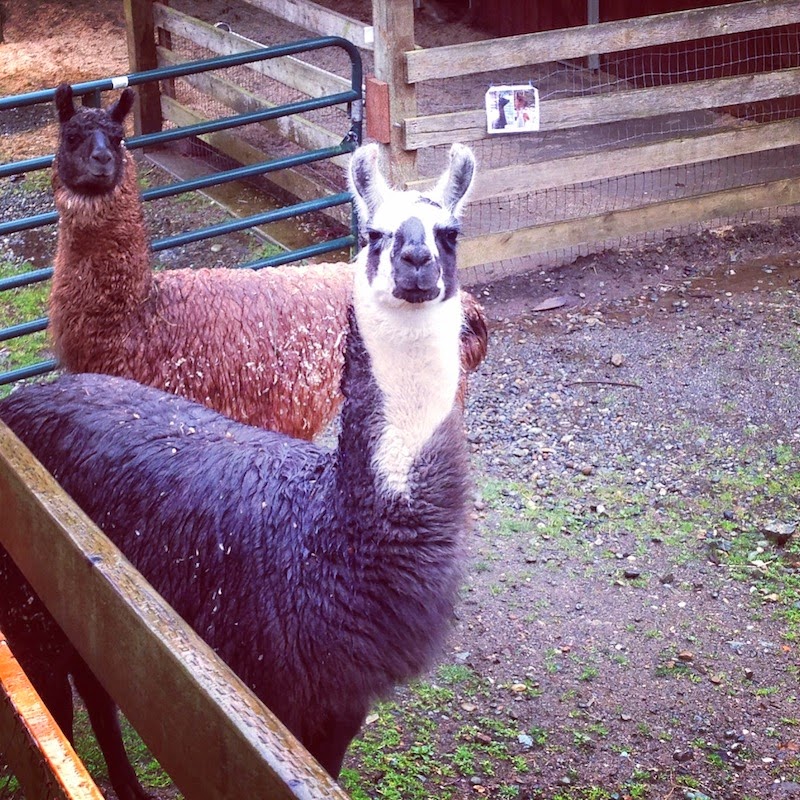 I wanted to befriend all the llamas, but these two weren't having it. 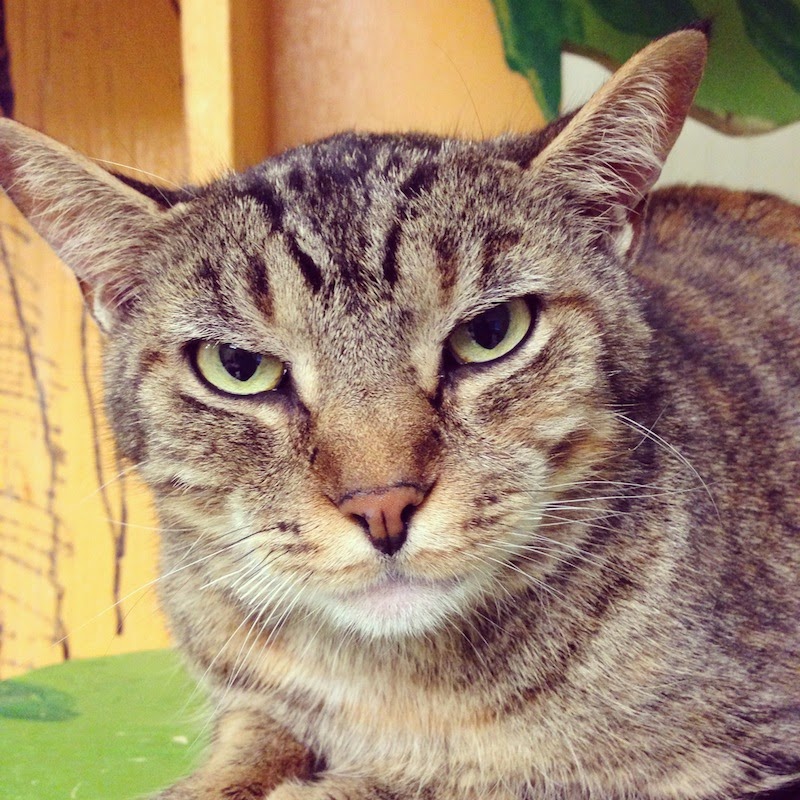 I believe this was Pixel. She's a resident of kitty city and, while her face said "back off" her snuggles said, "take me home!" So someone should definitely go take her home. Or one of the other many needy residents of Pasado's Safe Haven!