on June 05, 2015
I've had issues with depression for most of my life, though I haven't always suffered. There were long periods of time where I found tricks that helped me cope and kept me from getting too mired. For a few years it's been coming back more and more often and my old tricks don't seem to be working. I think part of it is feeling hopeless, like I have only a handful of goals anymore and that they no longer seem like goals I can actually accomplish.

Medication is doing some work, but not nearly enough, and the insurance my company offers is absolutely abysmal, so I'm having no luck finding a psychiatrist to help me reevaluate. In light of that, I've been trying to keep my mind busy with other things. Mostly I listen to a lot of podcasts and try to keep active. I did yoga for the first time in a year yesterday and boy are my arms tired! Wait, I don't think that's the joke... 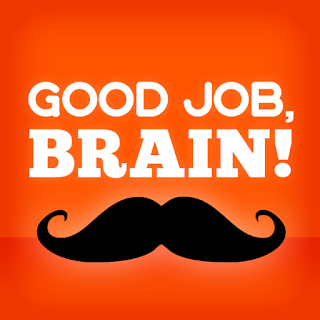 Good Job, Brain
I've mentioned this great podcast before, but I wanted to bring it up again because I enjoy it so much. I can't remember how I found it, but I believe I was just searching the different sections of iTunes podcast offerings and there it was. I tried out a few different podcasts that day, but this was the one that stuck. The hosts are charming and funny, the knowledge imparted is interesting and at times terrible, but very often worth a laugh. (e.g. the cowbird and how it'll mess up the nest of any bird who refuses to care for the cowbird's eggs!). I'm not that great at retaining information, for some reason, but I've gone through eighty-five episodes of GJB and picked up a mnemonic here and there, and I remember a few little factoids if the subject is brought up.

Give Good Job Brain a listen and see if you don't get just as addicted as I did. 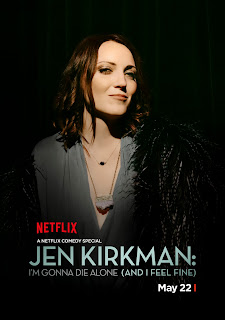 Jen Kirkman
I'm not usually a fan of comedy specials because they often seem very contrived and too similar to many others that I've heard. It seems every comedian just broke up with his girlfriend, that sort of thing. I know, they're saying that for the sake of the joke, but I'm always rubbed the wrong way. That being said, I have seen Jen Kirkman on @Midnight enough that I've become quite a fan of her appearances there. She's witty and quick (yeah, I'm sure they prepare and have jokes ready, but I believe there's at least some element of improv there) and so when I saw her special show up on Netflix, I hit Play.

She covers a lot of topics, but the part that struck a chord with me more than anything else was her bit about divorce. I found the whole special pretty funny, but to hear her talk about how she felt after divorce and have it be so similar to my experience made it fantastic. 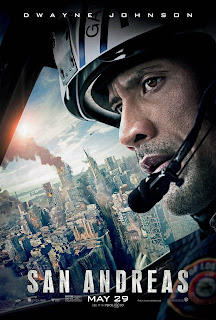 San Andreas
San Andreas is a masterpiece of destruction. The Rock is an emergency rescue helicopter pilot who ignores most everyone who needs rescuing. Paul Giamatti plays it pretty straight despite the fact that he gets to respond to, "Who do we call?" with a dramatic pause and a gruff, "Everybody." Carla Cugino plays Johnson's estranged wife who takes charge when necessary, braves every quake in stiletto heels, and only wants to talk about feelings when it makes sense. Their kid is pretty take-charge herself, getting her British, would-be boyfriend and his goony kid brother out of more jams than classroom full of pb&pj sandwiches.

I can't say enough good things about this movie without giving away some of its best moments. Granted, San Andreas is a disaster movie of epically cheesy proportions, so many of its best moments are given away in other action movies, but that makes it all the more delightful. If you like action movies, ignore every bad review of this movie and go see it. If you're not a fan of action movies you should still ignore any bad reviews of this movie. How anyone can go into San Andreas expecting anything other than that it promises in the trailer, I have no idea. I think if you're looking for Schindler's List or The Wedding Singer (timely references, right?), then you're the problem, not San Andreas. Rating this movie on what it should be means it gets 5/5 stars. ⭐⭐⭐⭐⭐ 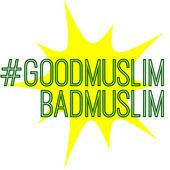 Good Muslim, Bad Muslim
You've probably heard about Good Muslim, Bad Muslim already (they're everywhere lately!), but just in case you haven't, hear me out. Back when I was searching for more podcasts to feed into my ears, I stumbled on a podcast called Popaganda. It's a podcast dissecting pop culture from a feminist perspective, but I gave it a chance anyway. I kid, I kid. While I do get a little tense when someone starts loudly proclaiming their status as a feminist (or as an anything, really; be secure and do your thing. No need to scream your thing at other people.), this program looked pretty interesting. I've been listening for a few months now and I like to hear the ladies' take on things such as guilty pleasures (which I've never seen the point of), Mad Men (which I've never actually watched), and women in science.

On the aforementioned Guilty Pleasures podcast, the ladies of the Good Muslim, Bad Muslim podcast were interviewed. I found them so charming, I decided to give their show a listen. It's only a monthly podcast and it's only been around since November, so there aren't many episodes yet. That being said, each episode gets better than the last. They have entertaining segments such as, "Awkward Ask a Muslim" and they tell stories of growing up Muslim in America, tackling the good, the bad, and the scary aspects. I really enjoy the show and look forward to more episodes.