on July 31, 2015
I'm always on the lookout for more podcasts. I used to fill my ears mainly with just music when I went about my daily tasks, but since discovering Good Job, Brain my preferences have changed. I've taken suggestions from friends, googled for inspiration, and slogged through iTunes looking for audio that I think would entertain and maybe teach me something like GJB does so well.

Usually, though, I just end up picking up podcasts that I hear about from other podcasts. The two I've discovered recently are likely in that camp, though I can't actually place where I heard about either one. 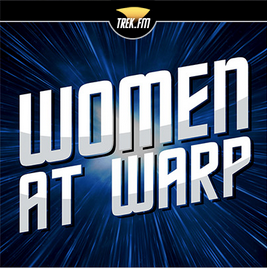 The first I've come to like is Women At Warp. Initially I was drawn to the episode they put out about Captain Janeway, my favorite captain, but the other episode titles caught my eye too. I like Trek more than any other big franchise out there, and don't think it gets nearly enough love from the nerd community. I feel like most of what you see out there is Dr Who and Star Wars, neither of which interest me. Yeah, Trek has a following, I'm not saying it doesn't, but my experience is that if a nerd thing is going to focus on something, it's most likely going to be Wars or Who and that's so disappointing to me!

So, I was happy to find a place where people are nerding out over something I've really liked since I was a kid. Sure, I find myself yelling at nothing when they discuss certain aspects of episodes (either in agreement or disagreement), but mostly I just like listening to them breaking down the characters and episodes. I've only gone through three episodes so far, but I'm looking forward to getting through the catalogue and waiting eagerly for more episodes. 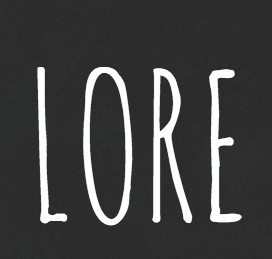 I stumbled on Lore only a few days ago, and have already made it through the whole catalogue. Granted, it's still in its infancy so there are only eleven episodes to rush through, but even if there had been twice that, I think I would have finished them already.

Lore is a podcast by author Aaron Mahnke about, as the website puts it so well, "true life scary stories. The people, places, and things of our darkest nightmares all have real facts at their core. Each episode of Lore looks into a uniquely scary tale and uncovers the truth behind it. Sometimes the truth is more frightening than fiction."

The narrator has a really good voice for podcasts, which isn't as common as you'd think given the volume of podcasts available. I've given up on many a pod that was interesting because the person(s) speaking mumbled or breathed too loudly or just had too many filler words/phrases (um, uh, like, you know, that sort of stuff). Mahnke's delivery makes the stories all the more interesting and he knows when to slip a joke in so that it doesn't come across out of place or awkward. So far my favorite episode has been Episode 6: Echoes, which talks about asylums and, of course, the invention of the lobotomy. Super fun stuff, right?
Good Job Brain Lore podcasts stuff i like