on September 24, 2015
I love autumn! I love winter, spring, and even summer (which I never thought I'd say), but it's officially autumn, now, so that's what I'm on about.

I don't go as overboard with autumn decorations as I do with Christmas, but that's only because I've been able to find more winter decorations on super cheap sale than autumn decorations. I tend to be broke this time of year, which is tragic because there are so many great accessories to snatch up. What better way to show off your autumn spirit than wearing leaves on your fingers? These rings look delicate and elegant and, while I usually prefer silver for jewelry, I think gold would be more in the spirit of the season. This is another one of those items that I think would be too fancy for me to own because I would feel that anything I do during a normal day--shop for groceries, take a walk, scoop the litter box, you know--wouldn't justify wearing such a lovely accessory. I don't plan on ever getting married again, which I think would be a fancy enough occasion, so why buy this circlet at all? Because it's pretty is the only reason I can think of.

Maybe I can just wear it around the house when I'm feeling down and point to it when I order my cats around. "I'm an autumn princess, Martin! Therefore you have to listen to me!" I'm sure he'd just go back to critiquing whatever was on TV and ignore me. Naturally if you live in a place where autumn gets rainy, you'll want a way to keep your fancy autumn outfit dry. Sure, if you live in Seattle you'll be mocked as an outsider for carrying an umbrella but the mockers can go screw themselves. You feel too cute to listen to them! Plus, they're probably far away and mumbling to their friends so you don't have to hear to them anyway. 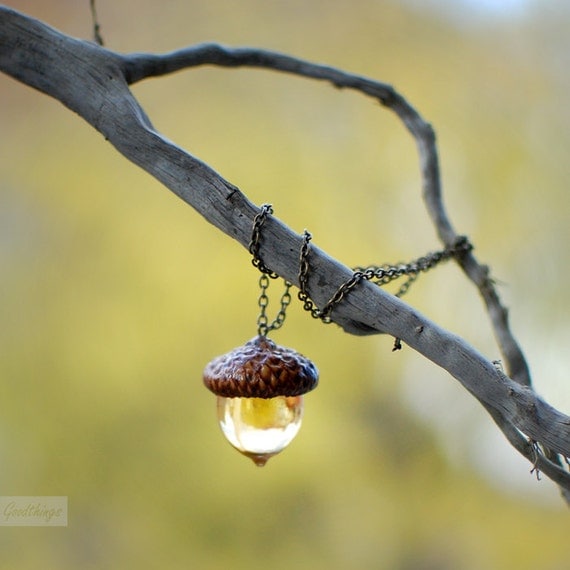 Acorns are another symbol of autumn, probably because trees in general are just falling apart this time of year much like Aunt Mabel at Thanksgiving once she gets a few gin and tonics in her. (We really should stage an intervention.) Unlike Aunt Mabel, this little gem will look good through the season and won't ruin dinner with talk of how Uncle Herbert has never once satisfied her sexually.

Mostly I don't see the point of fingerless gloves, since they don't keep the most delicate parts of your hands (you know, the fingers) covered and warm. That being said, I tend to find that nearly all the jackets I buy have criminally short sleeves. I don't know if losing weight made my arms get longer or if it's some weird style thing (like how Old Navy has decided it's in style to make all their shirts five times the size they claim they are. 'Boyfriend style.' Sure.) but I find my wrists getting cold a lot. I guess fingerless gloves would help, and you can't go wrong with a nice, autumny olive green. They'd go with anything. 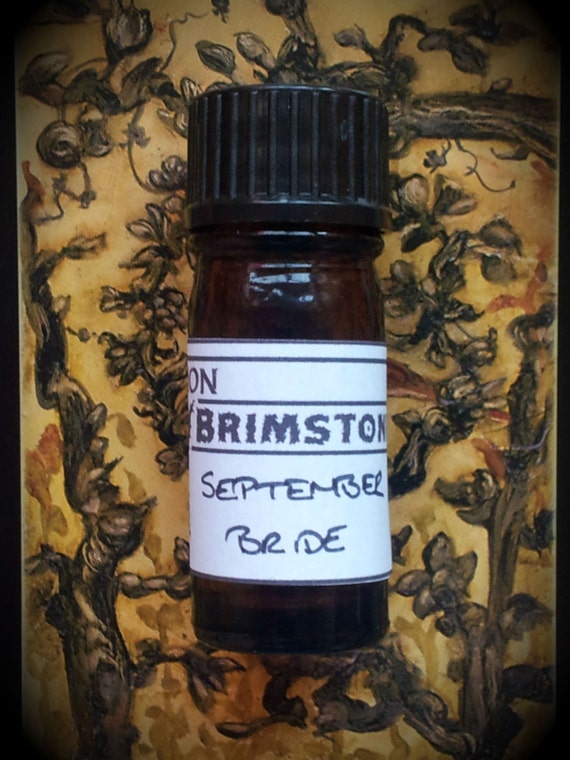 I loooooove autumn perfumes! My all time favorite was a limited edition BPAL from many years ago that I still have only a bit of. I try to save it for when I'm really in an autumn mood because I know that when I run out I'm going to be super sad. My second favorite is a scent I can get any time, though. It's September Bride and it's lovely.

Usually anything with 'pumpkin' as part of the scent profile makes me run for the hills. I find people usually overcomplicate pumpkin with a lot of cloying notes that choke to the back of my throat and make me cough. Naomi's really managed to bring out the sweetness in pumpkin, though, and make it a pleasant, soft, feminine scent. 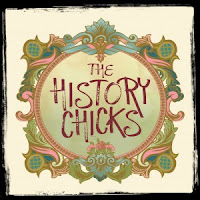 I've got another podcast find to show off, too. The History Chicks are two women somewhere in the middle of the country (I think they've mentioned Kansas, but I'm from the west coast so the middle of the country is one big corn-colored mishmash to me, and I also don't listen so well, I guess) who have taken it upon themselves to teach the world about women in history. They don't just stick to real women, either; they've got shows about Red Riding Hood, Cinderella, and probably some others I have just already forgotten (that listening thing again). The sound quality isn't the greatest, and they have to pause here and there for aural intrusions (thunder claps, traffic, sirens) but they're very informative and clear, which I enjoy. I've only listened to a sporadic handful of episodes so far (the Hattie McDaniel episode choked me up) but I'm gonna go through the whole catalog now that I've made sure the Dorothy Parker episodes being great wasn't just a fluke.

Next week maybe I'll pick out some autumn food finds to show off! Because if there's anything I need to do it's eat more sugary pumpkin baked goods when I'm already low on food willpower >_>