on September 05, 2015
I've been pretty sick the last week. I don't get sick easily or often but this time kicked my ass. I blame PAX. Normally that's not really my scene, since I'm awful at video games. I like watching other people play story-type games or Survival Horror games (Resident Evil yaaaaasss) but if it's more complicated than Plants Vs. Zombies I'm just going to die a whole lot. My friend was going and didn't want to go alone, however, so he bought me a last-minute ticket on Craigslist and off we went!

Since I can't go out much and I've had a headache for about five days straight, I decided to kill time making my cats some bow ties! Wheatley's had a bow tie forever, but it's been falling apart. They sell for about $5-$15 on Etsy, but very few seem to be as tiny as I want them to be, so I grabbed some scraps of fabric and a need and thread and made my cats and my housemate's cats more dapper. 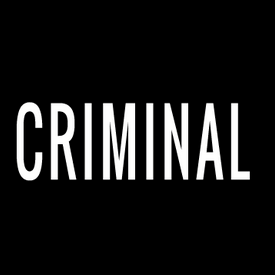 Another way I've been passing the time the last month is a new podcast! Criminal is a pretty neat podcast about crime, but from a slightly offbeat perspective. It's not just about So-and-so robbed Whatshisface, but more a narrative about interesting or wacky crimes that have happened from the far past to now and the people who were affected by them.

Some of the crimes are tragic, like the murder of a young girl found headless in a field, and some are just silly like the near-daily theft of thousands of--get this--Venus Flytraps!

The stories are really cool so give it a listen!