on March 28, 2016
My dad died about 18 months ago, very suddenly, which was pretty crappy. While he and I weren't as close as we could have been, it was still pretty sucky to lose him in a motorcycle out of nowhere. Because of that, though, my siblings and I recently got some money from his estate, and so I've been able to get some fixes done that my house desperately needed. I got the foundation fixed, and got a tree chopped down that was doing nothing but dumping crap all over my roof and ruining said roof.
Now that the tree is gone, I have a buttload of extra wood sitting around that I'm going to have to find a place for. My mother suggested using it as sort of a short "fence" through my front yard, which I think would be a lot of work, but look pretty neat.

Back in January, we started the renovation of my house by redoing my ugly bathroom. My stepdad grew up doing home remodeling, so he's been doing the actual work, saving me the money I would otherwise have to spend on labor. I'm so happy with my new bathroom!

Next up, the kitchen! When we moved into the house, the inside of all the cabinets were bare wood, with splinters and spider webs. The entire left wall was empty, and out in the garage were two detached cabinets and a countertop. I brought them in, set them up, and actually HAD counter space, huzzah! Most of my electrical outlets throughout the house didn't work, and the kitchen was no exception. If I'd plug anything in, the plug would just fall out of the socket. My stepdad's fixed them all, so I can actually USE my kitchen reliably.

I have these AMAZING art prints that I bought from Familytree that I wanted to make the centerpieces of my kitchen, and I tended to buy red appliances, so I went with a retro combo of red and teal for colors, which i'm sticking to with the remodel. 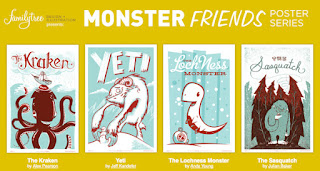 The most exciting part of the new kitchen is that my old one was so crappy! The drawers were all wood drawers on wood tracks (?) so pulling them open was a pain in the ass. Two of the cabinets were unusable because there had been a flood at some point and so the wood was stinky and rotten and I had to just block off the cabinet so the cats didn't get in there. The plumbing wasn't great, the sink didn't work entirely, I didn't have a dishwasher (not that I needed one, really), and no space for a microwave.

We've ripped it ALL OUT, though! 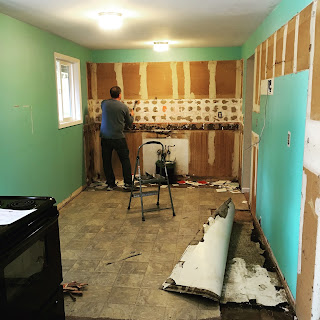 The other exciting part is that we're moving the appliances to the opposite side of the kitchen, leaving the wall between the kitchen and living room bare, so my step-dad's putting in an arch! 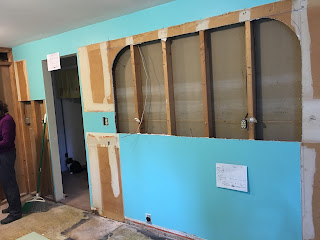 This will hopefully open up the kitchen some, since it doesn't get much direct light, right now. And I will be able to watch TV while cooking, huzzah!

Now for the sucky part: I don't have a kitchen for about a month, ahhh! We're ripping everything out now, but the cabinets won't be installed until April 11th, then the countertops won't be installed until the end of the month. I can rig up a fake counter top easily enough, but that still leaves me with only a  fridge and a counter, no stove or microwave or SINK to clean dishes or get water. I have the bathroom sink, but that's not really built for doing dishes.

So, I'll have to eat cereal or raw food primarily for a few weeks, which won't be the biggest problem. I can't wait for it all to be done, though!
art cat decor cute monsters decorations Familytree home life kraken loch ness remodeling retro style sasquatch yeti