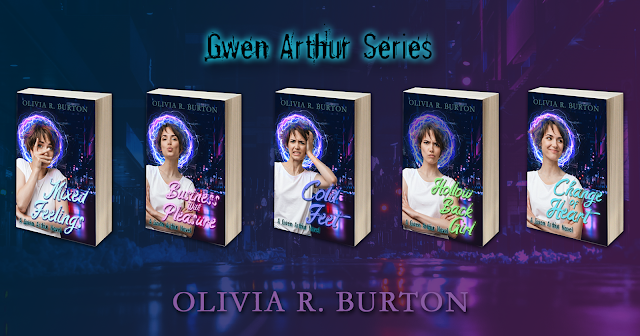 Mixed Feelings is officially on track to be re-published in a week! It will be on Amazon for 90 days, and then I’ll start getting it out on other platforms.

If you're chomping at the bit for the sequel, I have good news there, too! I'm going over the edits sent back to me by the fabulous Word Vagabond and getting that puppy ready to publish. You wonderful fans who have been waiting forever to see what Gwen gets up to next, save your pennies, because the e-book sequel, Business With Pleasure will be out soon!

Here's a bit to get you excited:


There's an assassin in town trying to catch a murderer, a lovesick werewolf trying to get lucky, and Gwen Arthur still has a mysterious magical marauder stealing her sugar stash. On top of all that, Gwen's estranged ex-husband Stanley’s in town asking for a favor. She’s got to help, of course, if only to ease her guilt over how they left things a decade earlier. Too bad she’s got no idea how to deal with a rogue admirer writing him weird letters, sending gifts to his home, and threatening to show up at a convention full of his beige-clad, sugar-eschewing fans.

Once again, Gwen’s got to step out of her comfort zone to confront strange situations, learn closely held secrets about her friends, and—worst of all—hit on her worst enemy. Gwen thought her life couldn’t get any stranger, but things are getting hot now that summer's hit Seattle.