on June 08, 2016
Here's why you should read my books: They're awesome. I say that with no hyperbole, they really are! My characters are well-written, clever (maybe not all in the same way), entertaining, and I do my best to make them easy to connect with in some way.

I started writing Gwen for many of the same reasons other people start writing their own stories: because I wanted something out in the world that I hadn't yet found. Gwen has some things in common with Urban Fantasy heroines, but only on the surface. She's got a werewolf trying to get into her pants, she's dumb as a rock, she's out of her depth, and she needs the help of others to solve the magical problems that drop into her lap. 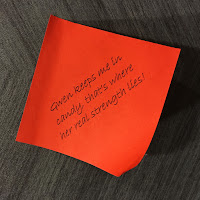 Past that, though, she's different in the best way. Whereas most UF heroines are stupid as stumps, but get praised for being smart and strong and amazing, Gwen gets called on her shit. Her best friend Chloe knows when to coddle her and when to scold her. They have a great give and take relationship. They are best friends who genuinely want the best for each other and try to help each other out where they can. Sure, Gwen's borderline useless most of the time, but she means well, and when it matters, she tries to be there for Chloe.

Chloe understands Gwen's shortcomings, but also knows her strengths. Chloe sees that, underneath her irritable, dimwitted exterior, Gwen has a really good heart.

Then there's Mel, who doesn't care about Gwen's irritable dimwitted exterior, or at least that's how he plays it. Sure, he's a werewolf who wants to sleep with the bitchy paranormal heroine, but it's not because she's his one true love, not because she's the most beautiful woman he's ever seen, not because she can secure his power base, and not just because she's an overpowered magical whatsit who doesn't want him and dammit he's going to take what he can't have. He wants her because she's a woman and that's good enough for Mel. No, really, Mel will sleep with anyone who considers themselves female. He's pretty simple when it comes to sex.

He's an asshole, but Gwen sees that and calls him on his shit, too. He's not a strapping hotass who gets called a romantic, gentlemanly hero for acting like a chauvinist chum-bucket. Not once does he make a crude remark about Gwen that makes her heart flutter. He's actually mostly a dick, at least to Gwen, and he knows it and she sees it for exactly what it is. He has his reasons for bothering her the way he does, but he's also willing to stand up and do the right thing with no (okay, with minimal) sexual innuendo when it's important.

On the flip side of the romantic spectrum is Finn. Finn's a delightful moron. He and Gwen have the moron part in common, but he knows how to be charming. Gwen gets so lost in having to experience the emotions of those around her, she often forgets to act like a decent human being. Finn's used to getting things the hard way, by letting people talk down to him, letting people underestimate his intelligence (which isn't all that high to begin with), and by being a genuinely good person in a world that's mostly kicked him around. 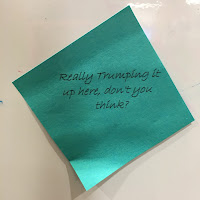 He's not your usual romantic lead, and I love him for it. He's a sweet guy who wants the best for those around him, even when they're not the nicest people. When he meets Veruca, his only intention is to use her as a distraction and then run like hell, but he still manages to be respectful in his own way. Veruca, on the other hand, doesn't want him to run away. It starts as nothing more than curiosity and, yes, attraction on her part, but she sees more in him and decides to keep him around for awhile. Once they go through the ordeal of cleaning up the mess Finn's unintentionally made, they realize they're perfect for each other and that falling in love is only the beginning of their grand adventures together.

By that point, it no longer matters to Veruca that Finn can't even heat up a pre-cooked roast, she wants him in her life.

Finn and Veruca let me flex my romantic writing muscles, allowing me to play in the darker side of my Preternatural Pacific Northwest. They work with demons and raise the dead, whereas Gwen hangs mostly in the Fairy realm of the PPNW. Gwen, Chloe, and Mel team up to put a stop to kidnappings, rogue succubi, and later Gwen loses a fight with a tree.

How could you not want to read that? 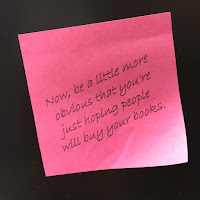 Death in the PPNW, Veruca and Finn's series, starts with Rattle, follows up with the free short Throb, and has the exciting sequel Metal coming in a few months!

Empathy in the PPNW, Gwen's series, starts with Mixed Feelings, follows up with Business with Pleasure, and will keep going later in the year with the werewolf-filled Cold Feet. Enjoy, and let me know what you think!