How to Cat: Scratching

on February 01, 2017
Does your cat scratch? Congratulations, you have a cat!


A lot of people seek to think this behavior is bad or aberrant or that your cat should be ashamed of what she's doing but let's face it, very few cats understand or are even capable of shame. Have you ever had a cat stare you dead in the eyes while you're using the bathroom? It's super awkward.

Cats scratch for all manner of reasons, any of which you can find with a mere google search including words like, "why," "cat," "scratch," and maybe, if things have gotten real bad, "Asshole feline." Basically it boils down to the very simple reason of, "you adopted an animal, you idiot."


Cats aren't people so, even though we'd like to think Muffin really appreciates that episode of The Bachelor you're watching or Mr. Tinkles is super into that RuPaul's Drag Race-themed water dish you bought her (don't assume Mr. Tinkles' gender identity, you jerk), there's a very good chance your cat really doesn't care.


From monster-cat Wheatley to my delicate murderess Snapshot, all my different cats have their own preferences when it comes to scratching posts.

With Snapshot, I can tell you that she's tiny, but she has a big scratching appetite. She was the worst when it came to scratching as a kitten. Nothing was safe from her, no matter how high up it was. In fact, that ended up being what helped me figure out how to make her stop destroying everything that I didn't have the money to replace in my exorbitantly expensive, shoebox-sized CA apartment! She's tiny--barely the width of a donut--but she's looooong and I realized that she doesn't just want to scratch things that are eye-level to her when she's on all four feet. She wants to stretch herself out to the length of the autobahn and really flex her spine and all her tiny toes. I realized that I needed to make sure that her scratching posts were all at least twice the height of her little body when she stood on her teeny tippy toes. Sometimes she would climb and then just sort of hang for a second, before going up to the top of the post or dropping down. This has helped immensely and she no longer goes after my screen doors, my drapes, my couch, my tallest friends, or anything else I don't want her to destroy.

In contrast, her brother Lump is the laziest, derpiest, probably deafest cat you'll ever meet and he never wants to do any work at all. He still has that cat-based drive to scratch, but he wants to make sure that he's using as few muscles as possible when doing so. He was tearing up carpet and comforters, scratching only in those few instances when he was standing or sitting upright. He'd plant his fat, furry feet against the floor, flex his toes a bit, and stare off into the distance like he wasn't actually aware what his body was doing. For him, I started buying those flat, cardboard cat scratching trays that Target sells for a ridiculous mark-up. (Tip: Trader Joe's has a big one for pretty cheap, Amazon has a huge range of shapes and sizes for decent prices, and you can usually find little, narrow skinny ones for rock-bottom prices at Daiso, if you have one of those near you!)

As my cats have gotten older I've learned that scratching preferences only really change due to the cats' physical limitations. As Martin's gotten to be geriatric, he's less likely to scratch anything up high just because his back legs are sensitive and he seems to have arthritis in his hips. He likes slanted scratching posts that go from floor-level to about his eye-level (though, if you give him catnip, he will get real wasted and pee on these ramps. We... have no idea why.) Snap's only a year younger than Martin, but she's in such good shape, she still likes to stretch tall.

Other than style of scratching post, there's also material, and teaching your cat to use the post. Most of the time a cat will go to the post if you've managed to get something that appeals to them and you won't really have to train them, but not always. I've heard a lot of tips in my day, but the two that have worked best for me are to rub cat nip on the cat tree (assuming your cat likes nip, as not all of them do), and to put your own scent on it. For the latter, I'm not suggesting you pee on it or anything, but I've brought the cat over to inspect the new cat post or pad, and scratched at it myself, giving the cat love and praise and even treats when they copy my action. Usually they're so happy to have the post they don't care that I'm even in the room, but sometimes cats like the encouragement. #NotAllCats

As for material, I find that sisal is the best, and seems to be the most liked among my cats. You can make your own with a thick rope, some pieces of wood and real strong glue, but in my experiences these fall apart pretty easily after your cat really starts to test his or her strength against that glue. My current favorite scratching posts are the SmartCat Ultimate Scratching Post, and then a Kong brand scratching ramp.

For some reason, the prices of these seem to fluctuate WILDLY on Amazon (the ramp goes from $5 to $15!) but when they're at a lower price they're totally worth getting. The ramp has been a great little alternative to pet steps for Martin, since he can barely jump anymore. The other, more decorative pet furniture I like is the Vesper brand, which comes in different colors and styles. It looks nice in my living room, and I have a small heating pad inside the cube that entices Lucca to snoring at least once a day.

One material I would advise against getting is straight up carpet. It not only looks terrible REAL fast, it also is commonly used as (*gasp!*) flooring for homes, which could lead some cats to believe that any carpet is an okay thing to scratch. The nice thing about Sisal is that you can make it look okay again after a cat has torn it to shreds. Basically all you do is take scissors or real powerful electric trimmers and cut off all the rope threads the cats have pulled out. Carpet scratching posts end up with tacky bald patches and weird stringy fibers (that Martin tries to eat for some reason) and then you want to get rid of the whole damn thing, even though the structure underneath the ugly carpet is perfectly decent. What a waste!

So, to wrap up: buy based on how your cat scratches and what your cat is currently destroying, don't buy carpet-covered scratching posts, don't punish your cat for exhibiting its perfectly natural, ingrained behaviors, and buy my book, which is out in print and very pretty to look at! 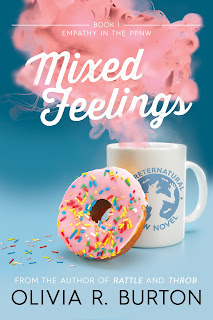 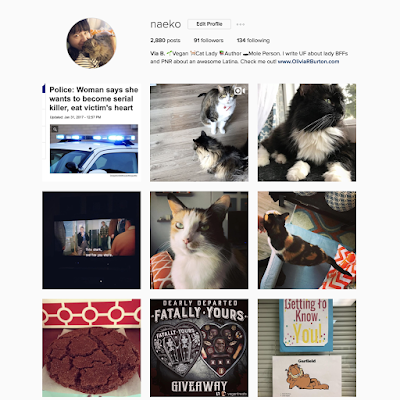