Not that we can be sure this early, but you never know. Hopefully it'll be good.

Last year I deemed 2016 to be the Year of the Phoenix, wherein I was going to completely transform myself from fat, lonely, broke, and living in a sinking house to skinny, happy, out of debt, and living in a house that wasn't sinking. I achieved, like, one of those things. Sure, I was out of debt for awhile, but I suck as a human and am now in shit shape again. Oh well! I'm only 35 (shit, I'm gonna be 35 this year D:), I can shape up. Once all of you buy ten copies of each of my books I'll have money to pay off part of my debt. A tiny, little, minuscule part of my debt.

That's what we agreed on, right guys? Ten copies each? 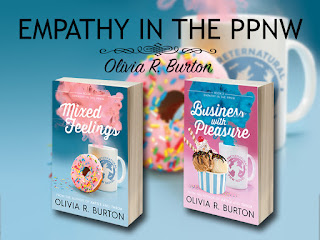 So, one thing I still need to work on that's actually plausible is my weight. Back in 2007 or something I started working to lose weight and managed 100lbs over 5 years. Then, about 4 years ago everything stalled and I just stopped. In fact I'm fatter now than I was this time last year, even though I weight the same, so that has to change. Since my friend Naomi is challenging herself to go chocolate-free for March, I thought I would do something similar and challenge myself to exercise every day this month.

I've saved a bunch of dumb exercise suggestion chart images on Pinterest, saved yoga videos to "watch later" on my YouTube, and have banked some episodes of Zombies Run! to listen to should Seattle stop being an icy road of death and let me go jogging. I should have all manner of options, it's just about the motivation. And, who knows, maybe if I actually lose weight and fit into the 4809385093802 pairs of pants I own but an currently too fat for, I'll STAY motivated to keep going!

Speaking of food, I'm going to track what I eat as well. I was tracking calories for many years but considering the fact that my tracking programs tell me I need to eat no more than 1100 calories in a day to lose weight, I've lost interest. That's NOTHING. I could drink Starbucks, like, twice, and hit 1100 calories. If I have two PB&J sandwiches I could knock out 1100 calories. I think one of my cats weighs 1100 calories. It's like a nothing amount.


So, I've changed my goals a little and aimed for eating better food rather than less. I've been vegan for five years, so being healthy isn't that difficult. I don't eat heart-clogging, cholesterol-soaked corpses and excretions so it's really just about avoiding all the vegan pre-packaged snacks and baked goods that I love but shouldn't be eating. I've been making a lot of salads and veggie/tofu sandwiches, homemade chili, lentils, that sort of stuff. I've been eating this way for several weeks and haven't lost any weight, which sucks, but I also haven't GAINED anything, even though I've been eating probably twice as many calories as I was before.

Score one for Brussels sprouts, I guess.

The other fun part of this is that, to keep myself motivated, I've enlisted (well, she offered) my friend Leanne to join me! We've thrown this whole thing together willy nilly so we don't have a specific plan yet, but we'll figure something out as we go along.

She'll be vlogging and blogging and we're going to alternate posting dates, so be sure to check her out on even days and me on odd and keep up with our plans and accomplishments. We'll be using the tag #MarchFatness so if you want to join in and work out every day as well, say hi and use the tag!