That wasn't a question, I really do have a soup for you. A delicious soup! I find soups to be one of the only things I can eat as leftovers. Most things change texture and taste when left in the fridge after being cooked and I just don't like them. Soup stays soup, though, so it's an easy thing to make, keep, and eat over many days. I tried a cauliflower soup awhile back that sounded good but was just too cauliflower-y for me, so I decided to throw something together using the idea of the original soup, but with only things I like.

Start by chopping your potatoes into eights and spreading them across the bottom of a soup pot. Cover with the 3 cups of broth and then put the lid on and let them cook until they're tender. 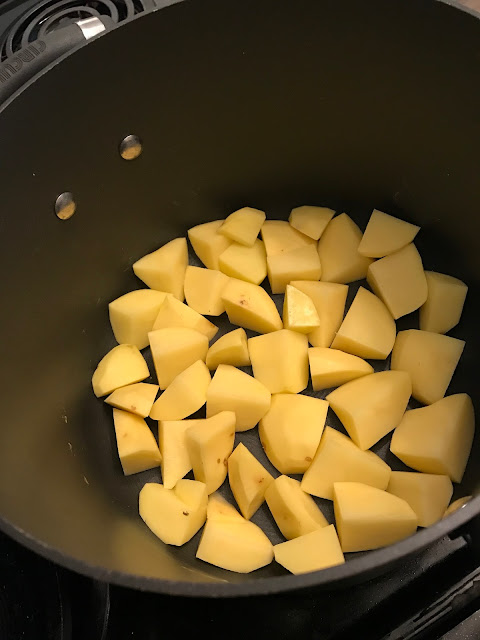 After they're cooking, chop your peppers, onion, and garlic cloves into small bits and put in a wide pan with a drizzle of oil (I used olive oil this time and coconut oil last time and both were good) to slowly cook on low until the onions and garlic have gotten tender and the sweetness of them has come out. 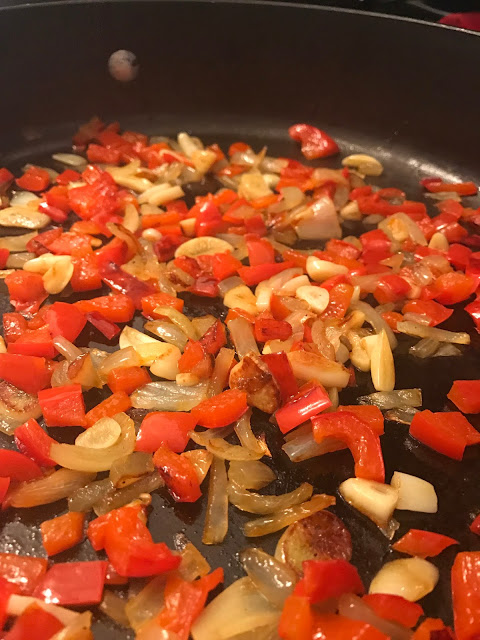 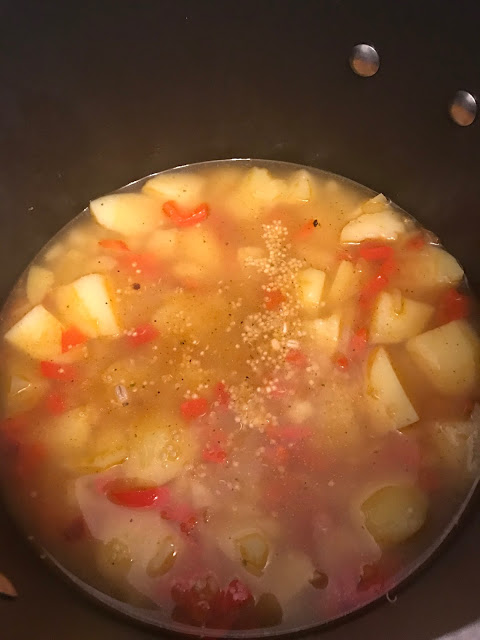 The final step is to blend it all together. I used an immersion blender to get it to be pretty smooth, though there are still small bits of pepper in there, which I like. If you want it extra smooth, you can blend it (carefully!) in batches in a blender until it's as super, super smooth as you'd like it.

Then, eat! I eat this stuff all by itself because it doesn't need anything else, but it would be good with toasted chickpeas on top or maybe over broccoli? Let me know what you do with it, even if it's just "I eat the whole batch in one sitting because it's so good D: 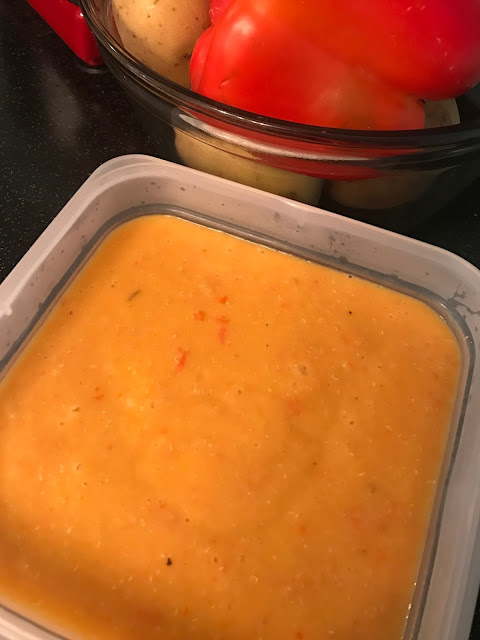 Look at that delicious soup! It's so good I ate all, like, 6 cups in two days. Sooo tasty!
food i like recipes vegan vegan food vegan recipe