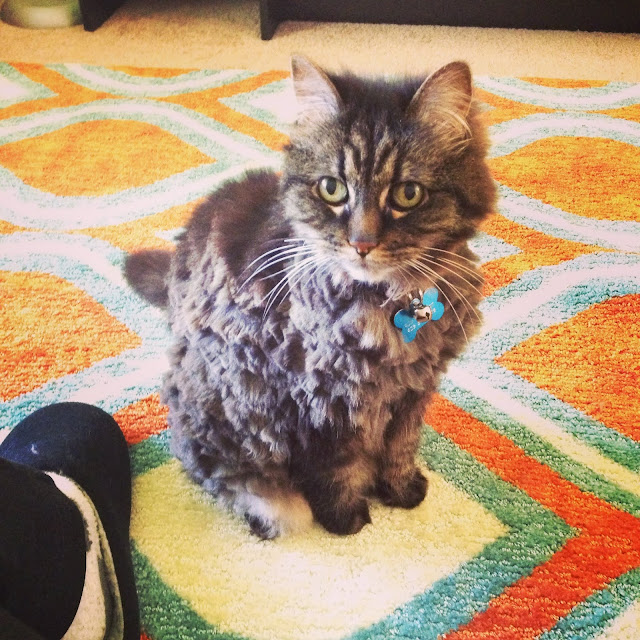 Just about two weeks ago, we found out that Lump, everyone's favorite hobo throw rug, had nodules in his lungs. He'd already been eating less and less and acting like he was in a bit of pain, so I had a feeling that this was the end, that the cancer that had gotten his sister had caught up with him. We did what we could, medicating him, spoiling him, spending all the money we could throw at the problem trying to help and hoping the nodules were only pneumonia, but they weren't. After a week, when he'd stopped eating altogether, we knew he was ready to say goodbye. 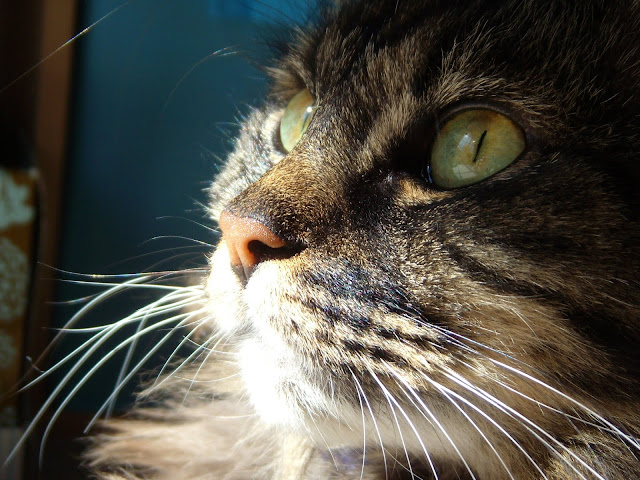 Somehow it was harder to lose him than it was to lose Snap, I think because losing him was like losing her all over again. He was sort of the last tangible bit of her we had, so now that he's gone, we have to really admit she is too. Plus, I adopted him, Snap, and Martin all together 16 years ago, and it's a hard reminder that Martin, as the oldest of the three, is likely nearing the end of his life, too. 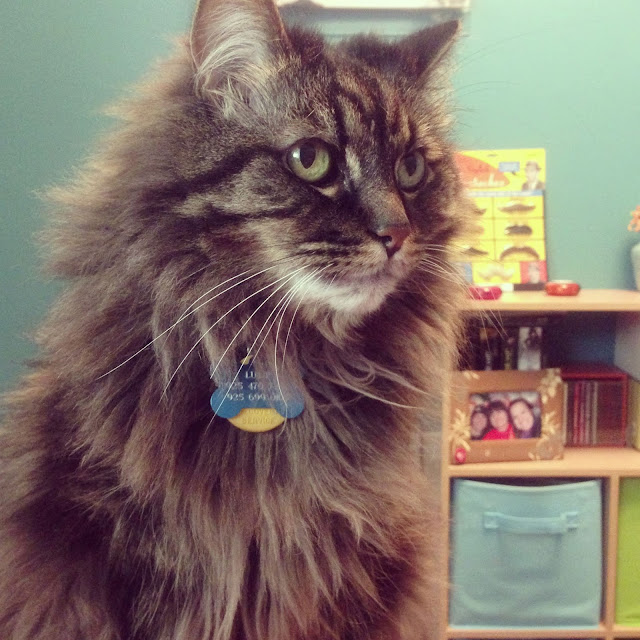 Lump was such a little love machine. His purrs were outrageous, his capacity for snuggles was unreal, his ability to sleep was unbelievable, and all he wanted out of life was to love. He just loved everything and everyone he met, no matter what. The moment we'd come home (assuming he was awake, facing us and able to actually see us arrive, since he was mostly deaf and usually couldn't hear us come in) he would croak for love, reach out to grab us, or climb on Cody's back to settle in if Cody bent over to untie his shoe. Everything that drove him revolved around contact and adoration. 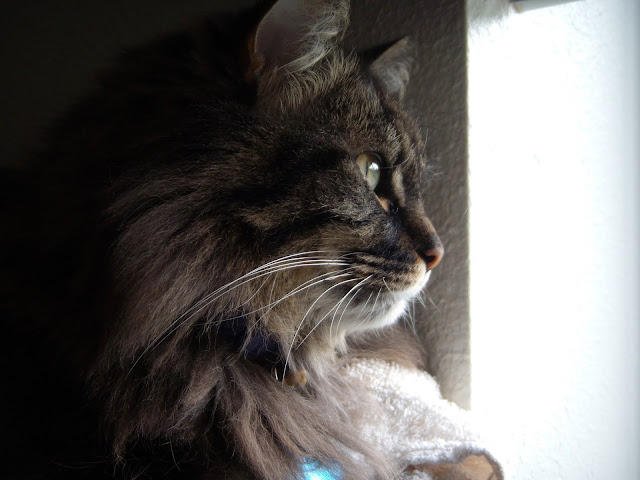 He was always pretty lazy, probably because (as we learned from the X-Rays that discovered his cancer) that he had a partially collapsed lung, likely since he was young. It's strange that a cat who mainly just slept--whether on the couch, or after suddenly appearing in your lap without warning--could leave such a hole in the house, but it's really tough not having him around. 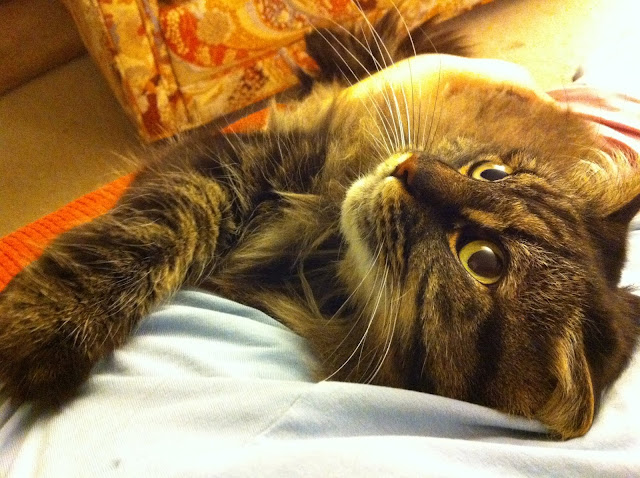 We both miss him so much and wish he could still be with us, but like with Snap, we knew it was time to let him go. We're down to 7 cats now, which is strange and hard to get used to, but we know it'll get easier as time goes on.

If you want to see Lump through the years, you can check out his Instagram tag #HoboKittyLump.

💔 I’m devastated to say that today we’re sending Lump off on that train car to a sky full of windowsill pies and endless cuddles. A week ago we found out Lump has nodules on his lungs that could be pneumonia or cancer; his blood work told us nothing and, over the last week of pampering, he’s only gotten sicker. Because he’s so uncomfortable, he can’t even manage to comfortably do his favorite thing (sleep); so we’re sending him off to be with Snap. It’s two months and two days short of a year since we lost her and it still feels fresh sometimes. Losing Lump is just as hard, and also sort of feels like losing the last tangible connection I have to Snap. 💔 💕I know how many of you adore Lump and I’m sure you’re sending him and us all the well wishes and we appreciate it. Our hobo kitty enjoyed all the love in his life, much of it from those who got to meet and fall in love with him as deeply as he fell in love with everyone he met. 💕 #HoboKittyLump
A post shared by Olivia R. Burton (@naeko) on Jun 19, 2018 at 12:23pm PDT