Out Halloween! The Godfather's Naughty Daughter 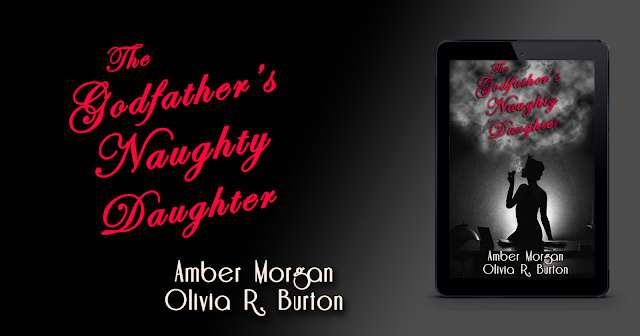 Get ready to get your socks knocked off come Halloween: The Godfather’s Naughty Daughter, another collab with Amber Morgan, is ready for pre-order!

A mob princess on the run must confront her father’s enemies…and her own desires.

Rosalind grew up in the mob, a willful girl who knows her way around dangerous men. When the time comes to leave the family, to strike out on her own, she knows it's for the best that she leave that life behind. Too bad her father's enemies have different plans.

Cyrus is a wicked man with an eye on ruling the city, and no qualms about shamelessly using others in his quest for power. Andre is a dirty cop with a heart of gold who's sick of seeing his city kicked around by the mafia. In Rosalind, both men see a way to take down the most corrupt gangster around—Rosalind's father, the great Don Savino.

Trapped between two magnetic men, Rosalind must figure out how to balance her new life and her old, deciding at great threat to her own well-being how much of herself she's willing to let each man have. Will fate make her choose, or will she find a way to finally get everything she never knew she's always wanted?