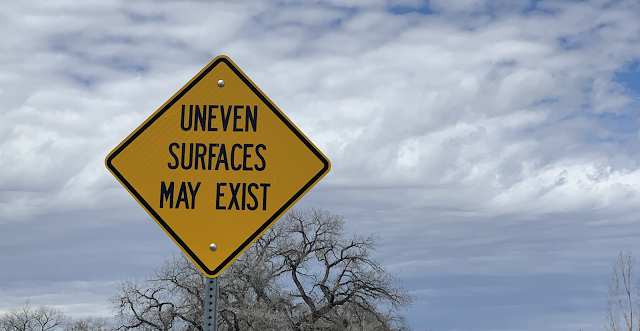 It's June! What the hell, how?

So far 2020 hasn't been the year I've wanted it to be, but I figured maybe considering my goals and laying them out might encourage me to get invested in them again. It's hard, considering the pandemic but I think much of what I want to do can actually still be accomplished if I just get my shit together.

Let's start with what I've gotten done already. We moved out of Seattle, JUST in time! The pandemic hit the Seattle area less than five miles from where we lived right after we got to New Mexico. My coworkers got furloughed right after I left, so I would not have had a job, and I doubt that we would have sold the house if we hadn't gotten out when we did. YIKES!

We got out of debt (though, we're back in, because we didn't work the first few months here, and Martin's teeth were gnarly and he needed $1400 of dental care) and moved to a sunny place full of great food and nice people. I've gained even more weight, which I am completely ashamed of because it's causing health and comfort issues, MOST of my clothes no longer fit, and I hate my body even more than usual.

Our new house has been upgraded with new windows and floors and an electrical fuse box that won't accidentally burn the place down, we have almost all new furniture, the cats have more space (but this has made them even more buttheaded somehow), and we're fostering a wonderful kitty and her new babies! Cody's going to school, I have a new job that I hope lasts ages and treats me well, and we have tattoos scheduled for the end of the month.

As to writing, I've finished editing and now RELEASED the first in my Combustion Chronicles series, Take Fire; I've finished rewriting Gwen's sixth book, Lady Killer; I released Gwen's sixth short, free read (and last for awhile), Split Second; Amber Morgan and I released our latest romance, Cash Grab, which is doing better than everything else we've written combined; and I've started writing a new series. I also created and updated all of Gwen's covers to something that I hoped would appeal more to UF readers (they have not, but I like them anyway). In two years, when my contract is up, I'll get my rights back to Veruca's series and update those covers as well so everything jibes better.

My goals for the year are to get my eating under control and lose at least 50lbs, to release The Harbormaster's Shack and Lady Killer, to actually make money on my writing, to get my books into local bookstores, and to get back out of debt and save money!

The weight loss is the only thing I'm worried about. I may try to go back to therapy, since I have been unable, for about two years now, to stop myself from overeating and it's really a problem. I had gotten down to 140, which is still 25lbs overweight, but I am way, way above that now, which really sucks. Especially in the heat here in New Mexico. I'm not really uncomfortably hot, but I'm unpleasantly fat and flabby and I hate sweating.

So, even though I know no one reads this, keep an eye out for my latest releases and buy some to help me achieve my goals!