Out soon: Song of the Argyle Goddess 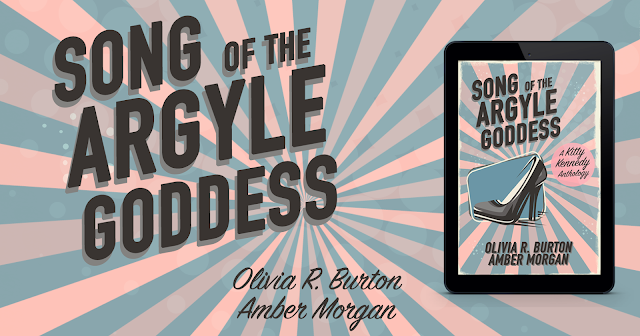 Collected for the first time ever, Agent Kitty Kennedy’s most electrifying stories!


Kitty Kennedy, top agent with the Sexual Intelligence Agency, has travelled the world, saving it from threats both foreign and domestic. She knows her way around a gun, a rival spy—and the most tantalizing areas of a man’s body. No one can stop her from finishing a mission, no matter how hard they may try.

Bringing together your favorite Kitty Kennedy stories—along with an all new tale—Song of the Argyle Goddess demonstrates what it is we love most about Agent Kitty Kennedy.

Soul of the Mutant—never before published!—pulls Kitty back in from civilian life, challenging her to stop a disgraced ex-executive before he ejects his risky, toxic elixir into the water supply and infects a whole city.

Lion-Women of Chicago is Kitty’s most exciting tale, forcing her to tame her wild instincts and go up against a pride of bestial women and the cold-blooded pig of a leader pushing them toward corruption.

The Lament of the Forgotten Alchemist sees Kitty through her first mission, daring her to uncover a plot of international espionage, tempting her with a distinguished older man, and revealing the true colors of someone she thought she could trust.

Track Kitty Kennedy through her career in this stimulating and sexy anthology that you won’t soon forget.


Kitty's adventures will be out March 20th! Pre-Order here.

As always, you can find our stories on Amazon, and check out more of Amber's work on her website!
amber morgan collaboration comedy romance kitty kennedy romance special agent spy