Out May 31st: Take Fire, book 1 of the Combustion Chronicles! 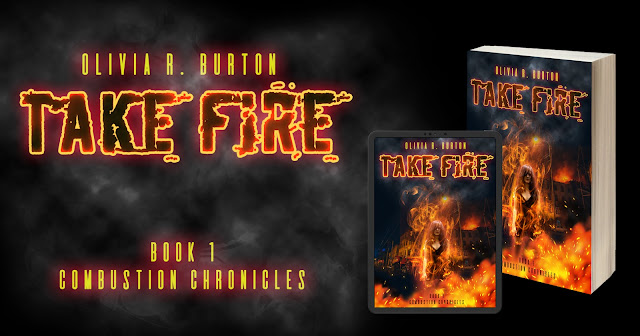 The book I've been hinting at for ages is finally (nearly) here! Take Fire is the first in the Combustion Chronicles, a trilogy set in a world of vampires, werewolves, healers, and elementals.


I'm Sophia, a fire elemental and vampire bounty hunter with crap luck and a crass attitude. My best friend Joey used to call me Softy—ironically of course—but now he's dead and I'm hunting down his killer.

It's not strictly on the up-and-up, seeing as how I'm not an official city employee, which is why I'm stuck with a partner. Beau's a vampire cop who rubs me the wrong way and thinks he knows the best way to track down the murderer and close the case. For Joey's sake, though, I'll put up with his smug attitude and stupidly handsome face. At least until I find the animal who ripped my only friend's head off.

Then I'm done cooperating with the law.